On the weekend of 31st May the club had its annual weekend fishing trip, this year at Clewedog reservoir in mid Wales. A total of seventeen club members attended staying at the Unicorn hotel and its sister hotel the Trewythen in Llanidloes.

On the Friday a number of members came down early to fish the reservoir from both the bank and boats. Conditions were overcast with a moderate breeze which was good considering the weather we had on a previous trip there. Fish were caught by most members on methods ranging from buzzers to snakes and various flies in between.

On the Friday night members were left to their own devices as to where they wished to eat. Three members Doug,Pete and Richard decided to create a scene from Last of the Summer Wine by eating at the local fish and chip shop 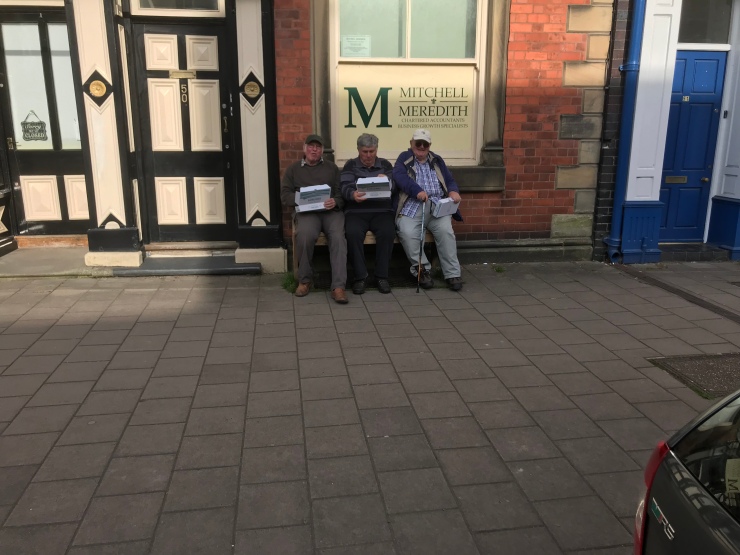 The rest of us decided a local Indian restaurant was more to our liking. The response when we walked through the door was amazing, fourteen unannounced diners on a quiet Friday night in Llanidloes. We were well looked after and the meal was enjoyed by all. 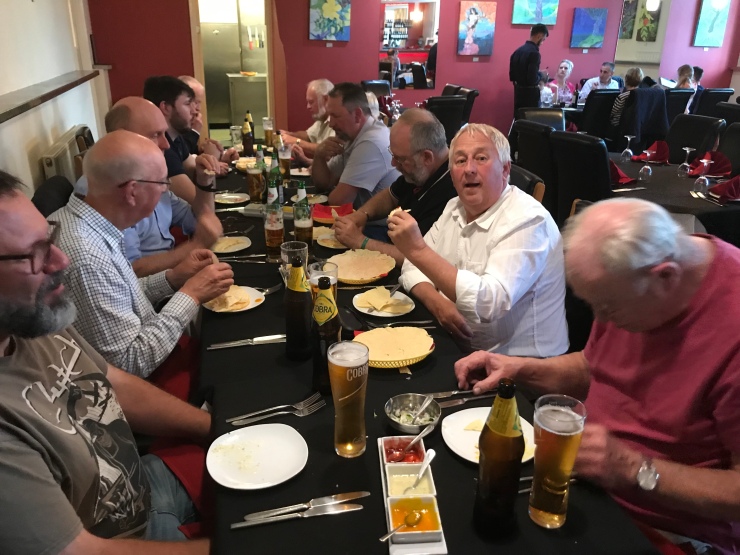 On the Saturday we all fished the reservoir some members electing to fish from the bank but the majority fishing from the boat. Conditions were favourable with a gentle breeze and overcast conditions and the odd sunny period. We had to share the day with anglers fishing in a Welsh seniors competition but with such a big reservoir there were plenty of areas to fish without clashing. 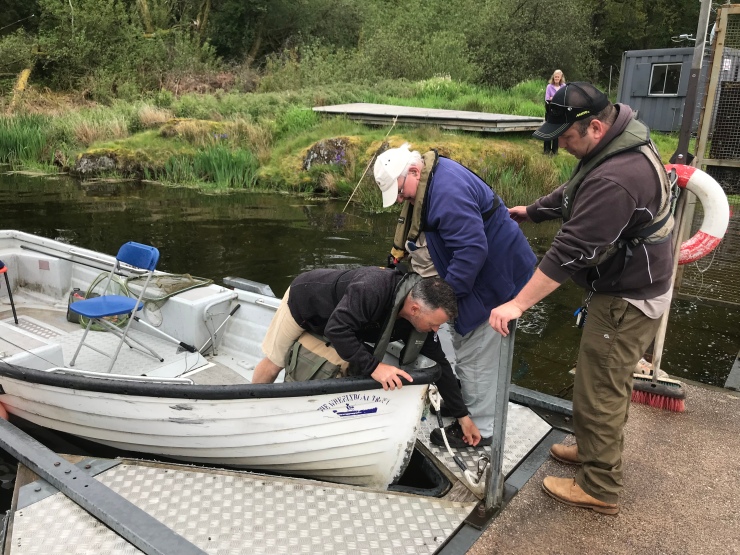 On the day nearly all of us caught fish with a number of members getting into double figures. Fish were caught on a variety of methods ranging from dries to lures and a few home concoctions thrown in for good measure. Andrew Worthington and boat partner Chris Hollick located a good hatch of daddies being blown off the banks late on in the afternoon. Unfortunately they had to come off the water when they were literally catching a fish a cast to get back to the hotel for our evening meal. Tony Pawley was like a dog with two tails after having his best ever day in a boat fishing with a home made pink and black concoction. 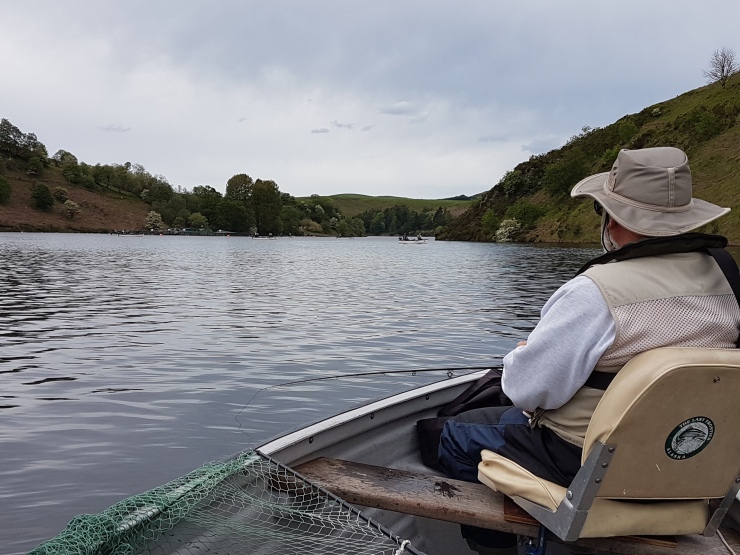 Boat partners Neville Hill and Tony Marchant also had a good day. Neville would class himself as a traditional nymph fisherman but after a lack of success he had to resort to the blob which resulted in over ten fish coming to his net. He asked for this to be kept from his fishing friends, sorry Neville but even the best of us have to resort to those tactics from time to time. To conclude on the fishing everyone had a good day on or by the water fishing in spectacular scenery.

Members enjoyed a excellent meal with lots of banter over the days fishing and the usual stories of the one that got away. Thanks go to Hayley for looking after us over the weekend 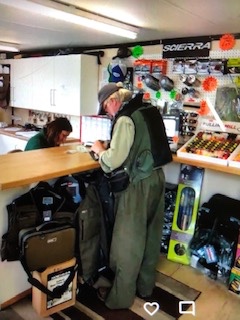