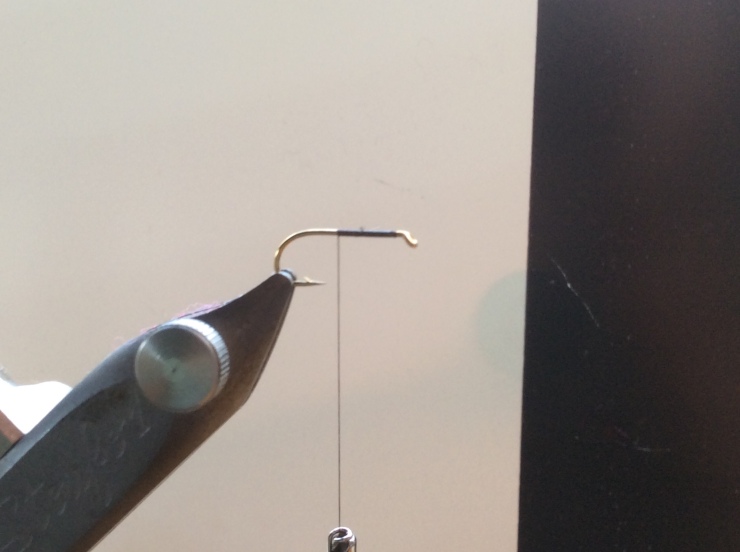 Take a Brown Partridge feather and strip off the fluff, then strip off a small bunch of fibres and tie in. Check the length and then tie in the tail to a point above the barb. 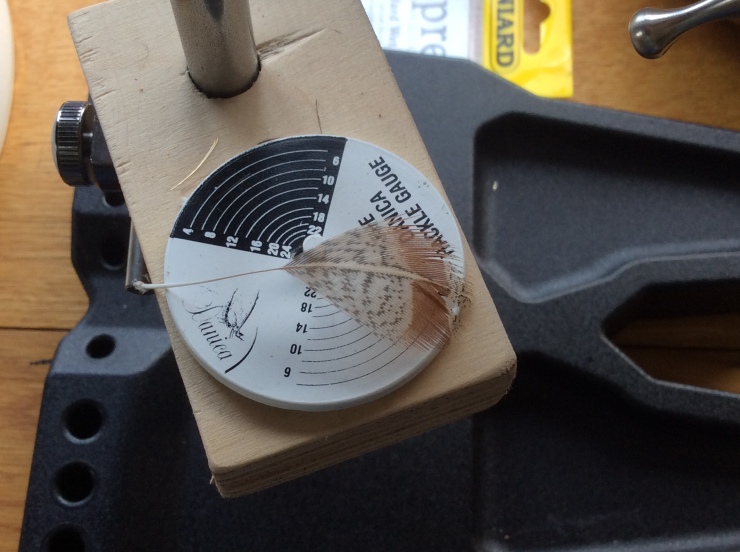 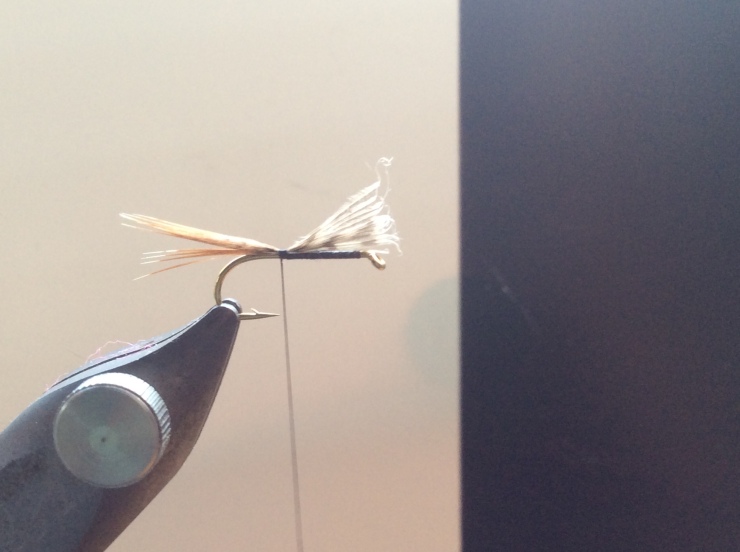 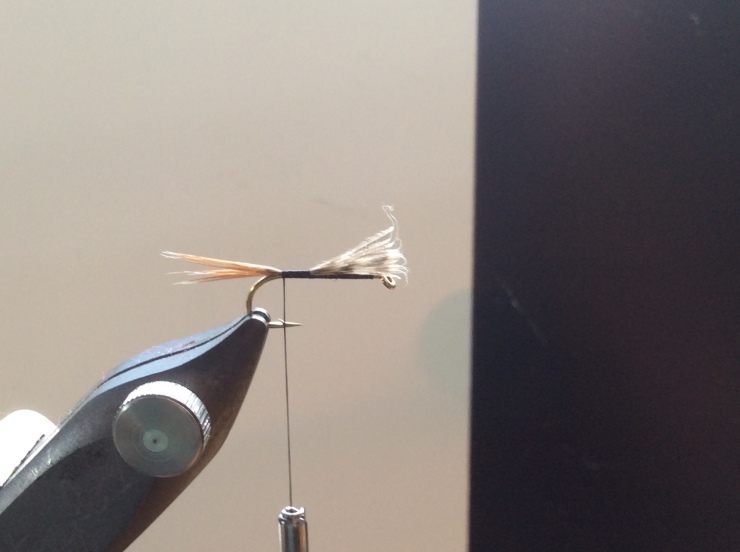 Take the thread back up the body in touching turns and tie in the waste end of the fibres. Take a length of nylon and tie in, before you tie the nylon in bite the end of the nylon to form some ridges so the nylon grips better when tied in. 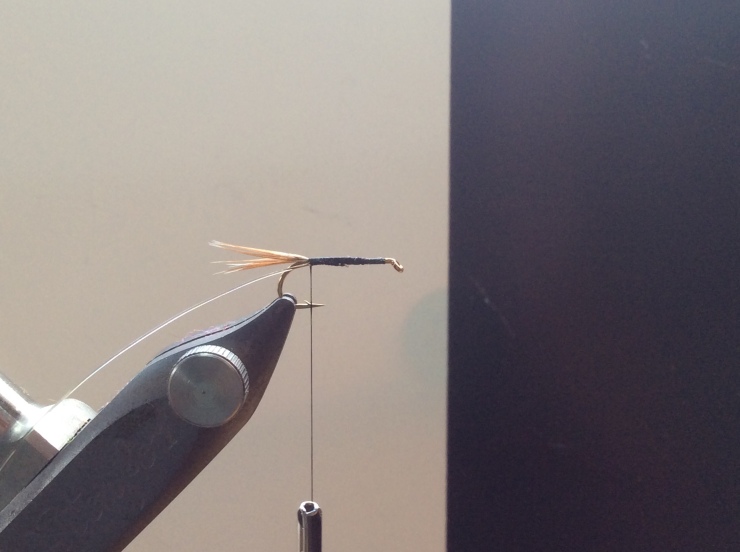 Dub on a thin rope of dubbing to form the body and wrap approx two thirds along the hook shank. Then wrap the nylon to form the rib and tie off. The nylon should be wrapped the opposite way to the dubbing in evenly spaced turns. 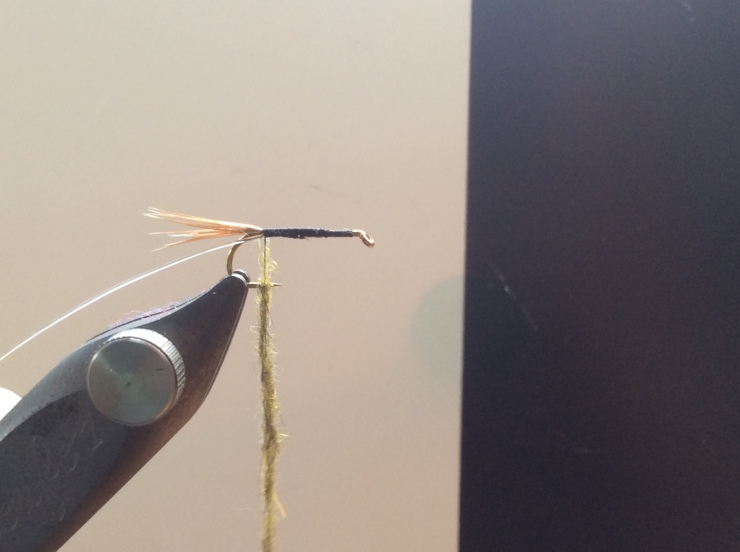 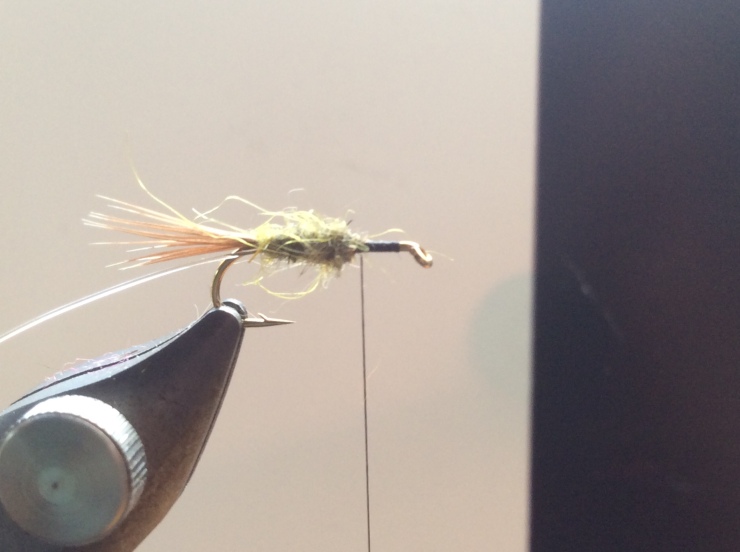 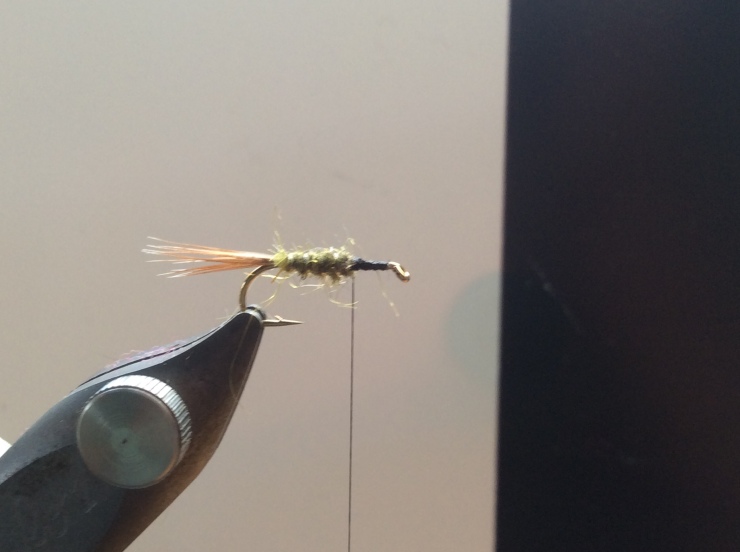 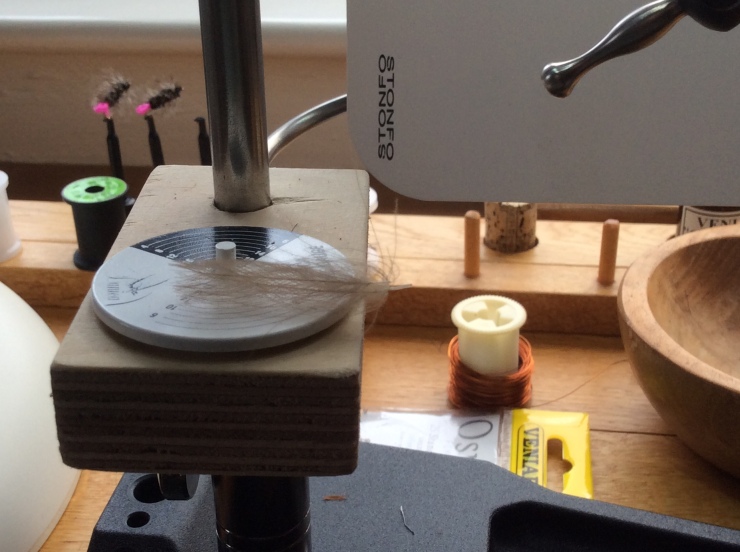 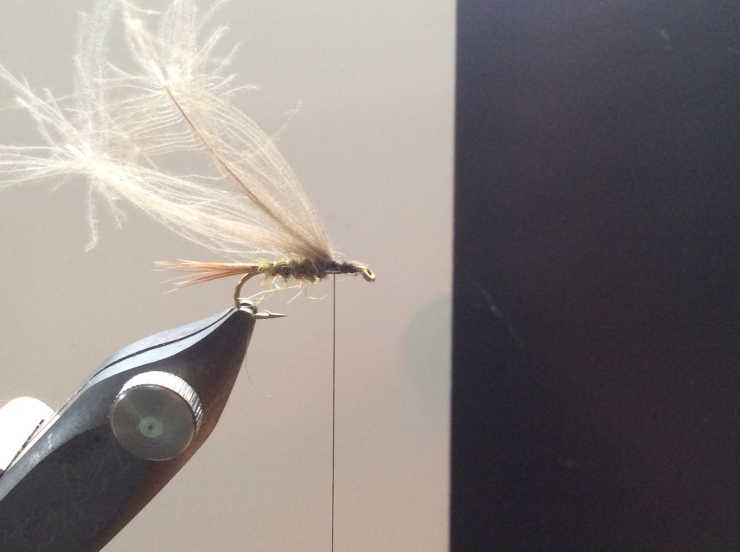 Form another dubbing rope and wrap to form the thorax. 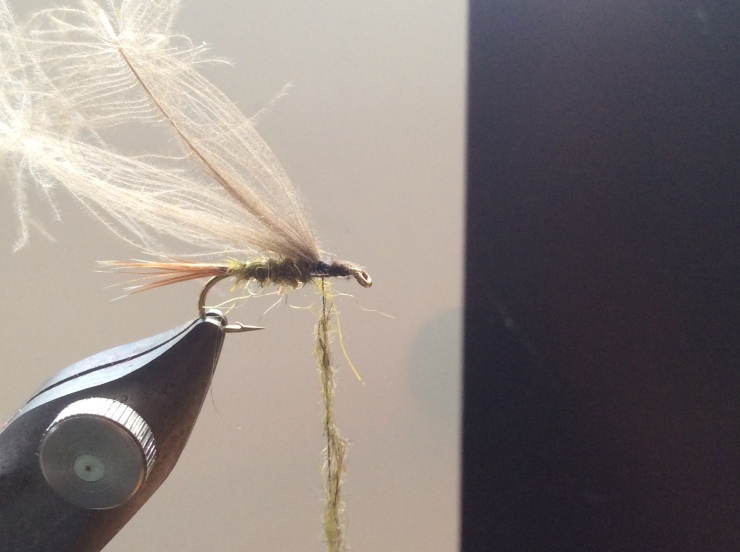 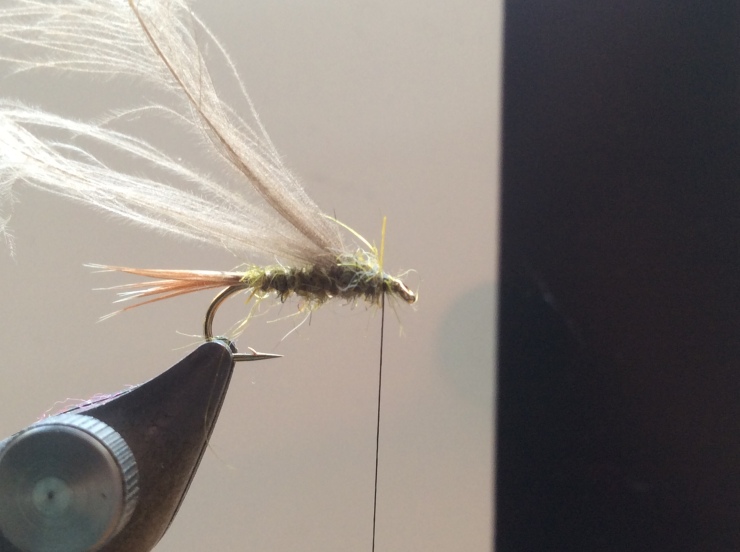 Take a Partridge feather similar to the one used for the tail, cut out the feathers to form a V shape and strip off the fibres till you have a shape as in photo. 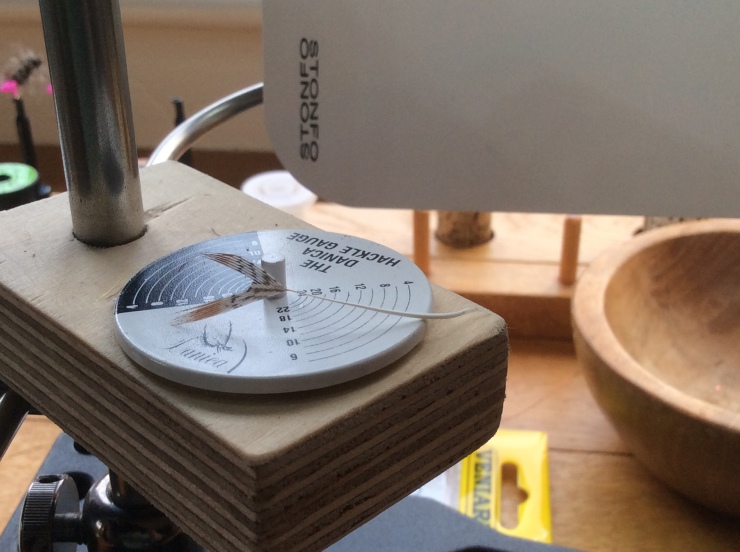 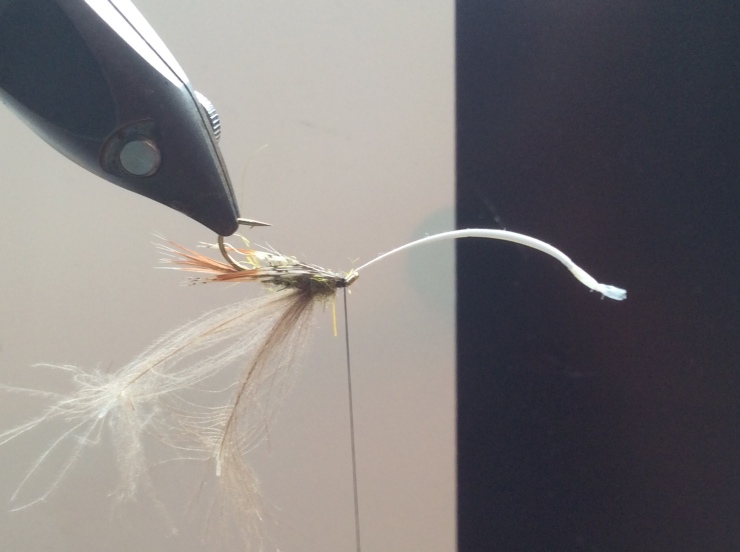 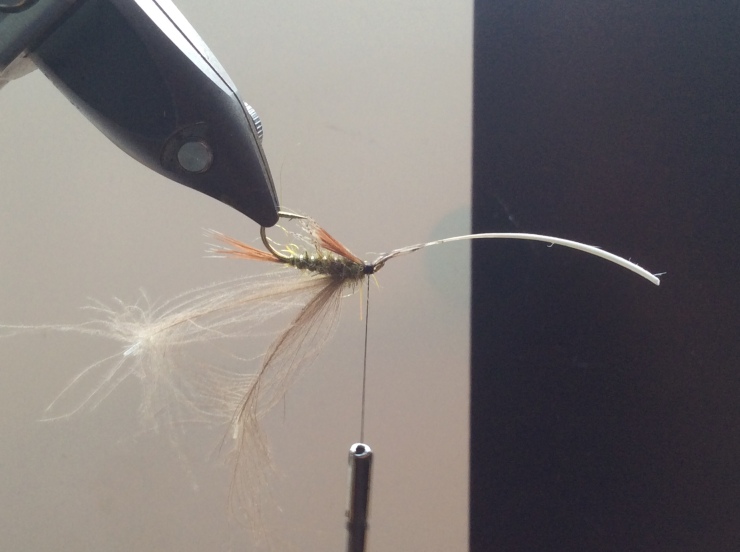 Rotate your vice to original position and bring the cdc fibres forward and tie in behind the eye to form the thorax cover. Form a neat head and tie off your thread. Varnish the head and your fly is complete 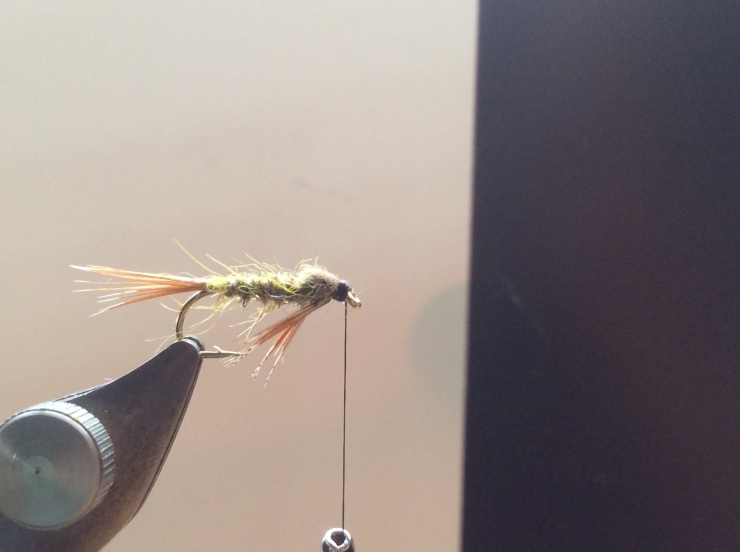 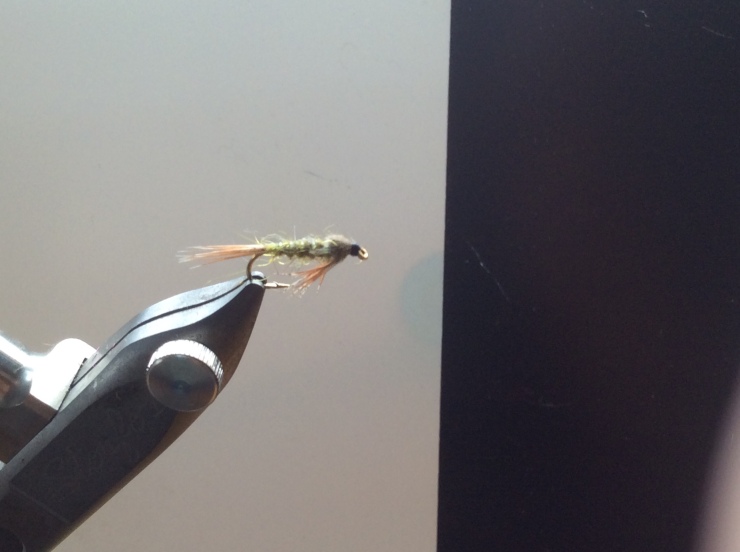